How to set up Cloudflare CDN

Cloudflare is a free CDN service which speeds up your website. Knowing how to set up Cloudflare CDN is a vital skill on WordPress as it caches substantial resources from your site, and delivers them to your visitors from servers spread all around the globe. In this step-by-step guide, we will present how to configure this service to obtain the best results with our themes.

How to set up Cloudflare CDN (configuration): 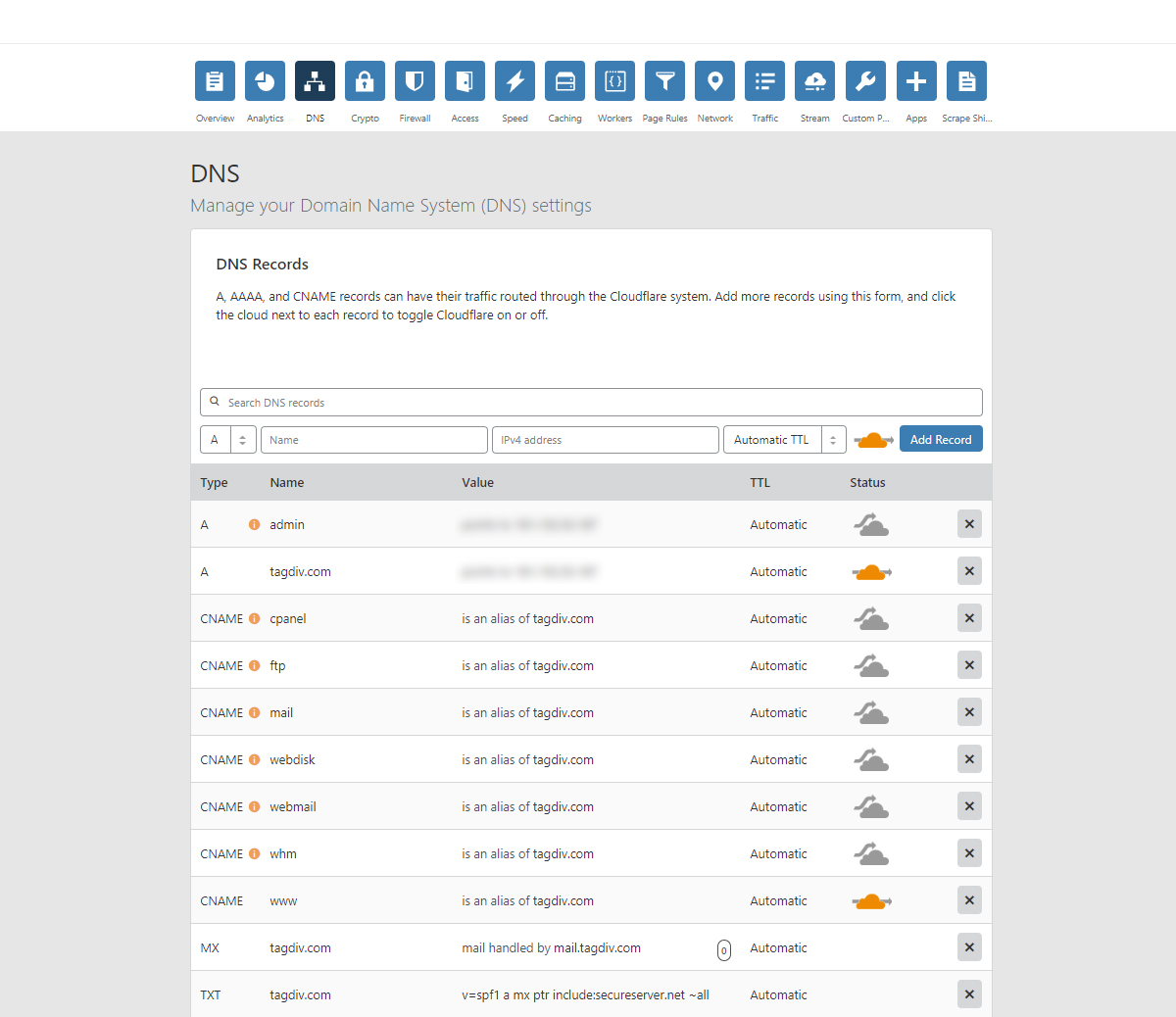 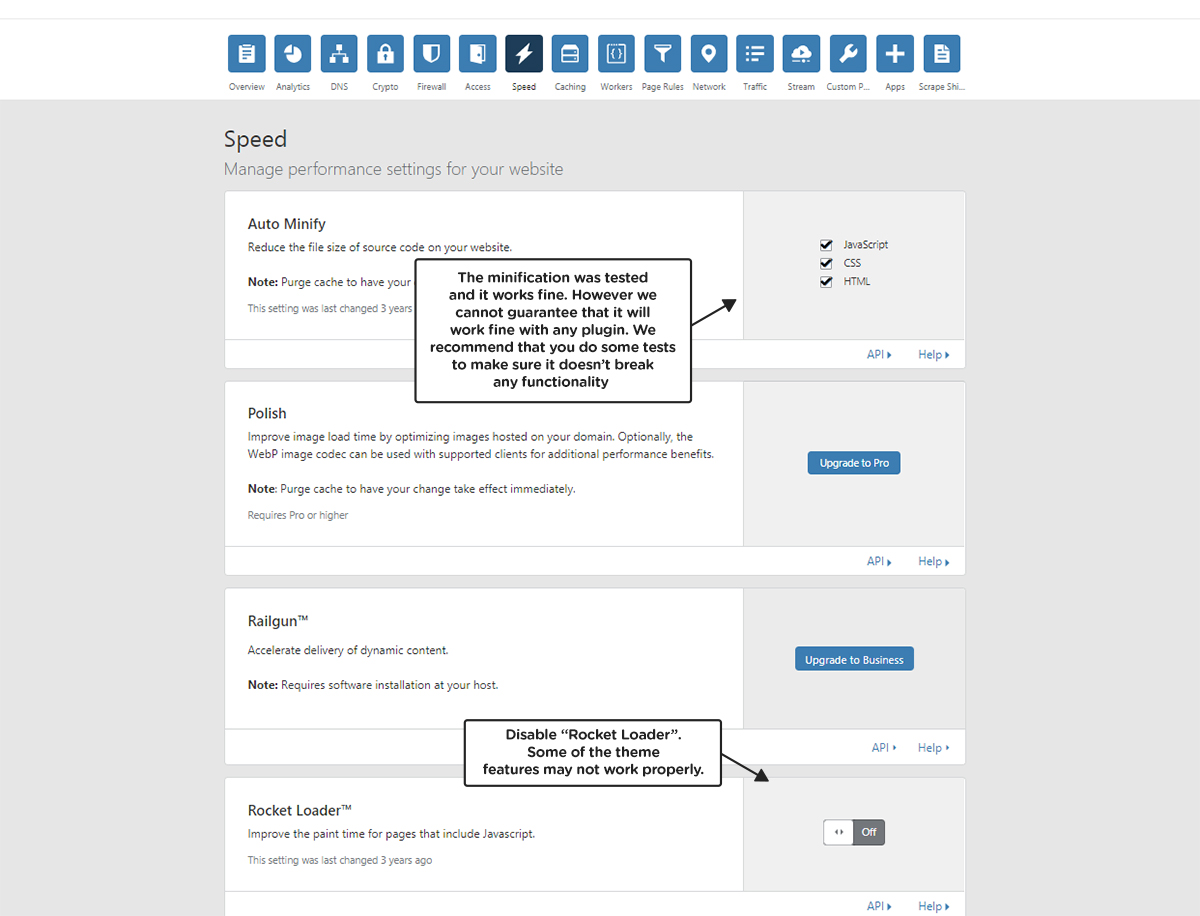 If you are searching for a step-by-step guide to help you set up Cloudflare CDN, this is the perfect start. Keep in mind, it presents an example, and the rest of the settings are on default. For other situations, you’ll need to check for additional help on the CloudFlare documentation.

If you don’t have coding skills, it’s vital and it worths the effort of setting up the Cloudflare CDN on your website. These few steps can also make the difference between a website visited and loved by users and a slow loading one. 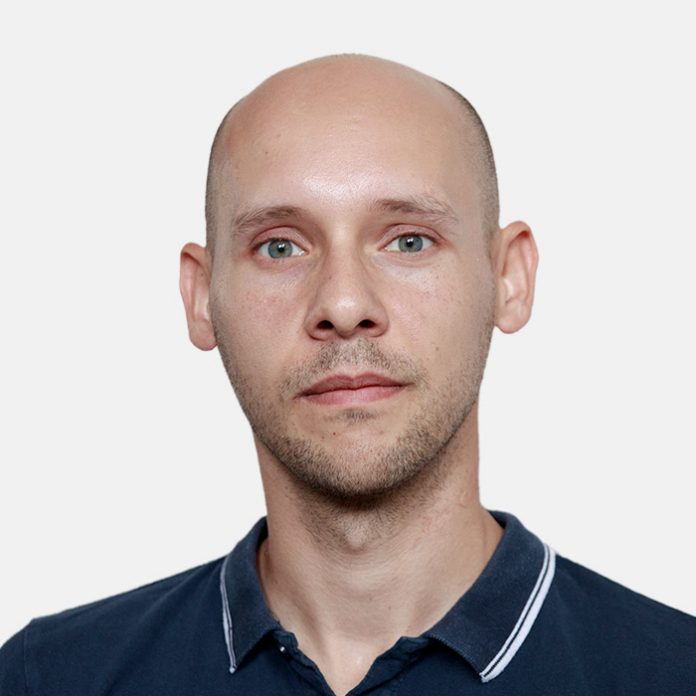 Bogdan B.
Passionate for gaming, mountain biking, snowboarding and travelling. I face every task as a new challenge to bring my skills to the next level.
Facebook
Twitter
WhatsApp
Linkedin
Pinterest

Do you need any help with the Newspaper or Newsmag WordPress Themes? Please send us all the necessary details via email or create a new topic on our online forum. We're always happy to assist you.

This site uses Akismet to reduce spam. Learn how your comment data is processed.

Check out our latest

How to use WP Super Cache

How to Update the Newspaper Theme for WordPress

We are a dynamic team of skilled developers, designers, and support experts dedicated to providing the web solutions you need to achieve success.

Proudly made by tagDiv using the

This website uses cookies to improve your experience while you navigate through the website. Out of these, the cookies that are categorized as necessary are stored on your browser as they are essential for the working of basic functionalities of the website. We also use third-party cookies that help us analyze and understand how you use this website. These cookies will be stored in your browser only with your consent. You also have the option to opt-out of these cookies. But opting out of some of these cookies may affect your browsing experience.
Necessary Always Enabled
Necessary cookies are absolutely essential for the website to function properly. These cookies ensure basic functionalities and security features of the website, anonymously.
Functional
Functional cookies help to perform certain functionalities like sharing the content of the website on social media platforms, collect feedbacks, and other third-party features.
Performance
Performance cookies are used to understand and analyze the key performance indexes of the website which helps in delivering a better user experience for the visitors.
Analytics
Analytical cookies are used to understand how visitors interact with the website. These cookies help provide information on metrics the number of visitors, bounce rate, traffic source, etc.
Advertisement
Advertisement cookies are used to provide visitors with relevant ads and marketing campaigns. These cookies track visitors across websites and collect information to provide customized ads.
Others
Other uncategorized cookies are those that are being analyzed and have not been classified into a category as yet.
SAVE & ACCEPT
Powered by